Amazon‘s stock may have put in a bottom and could be poised to break through the $2,000 price tag, CNBC’s Jim Cramer said Friday.

The “Mad Money” host picked back up on the chart analysis from FibonnacciQueen.com’s Caroly Boroden, who in July forecast that equities of the e-commerce behemoth was on the verge of a bull run that would take the share price to new heights. The stock is down more than 4% since that late-July prediction.

Boroden thinks the stock is back in “uptrend mode,” Cramer said.

“The charts, as interpreted by Carolyn Boroden, suggest that Amazon has finally resumed its long-term rally, and she thinks it might be headed to $2,115, which would be a pretty nice run,” he said. “I think you ignore the Fibonacci Queen at your own peril.” 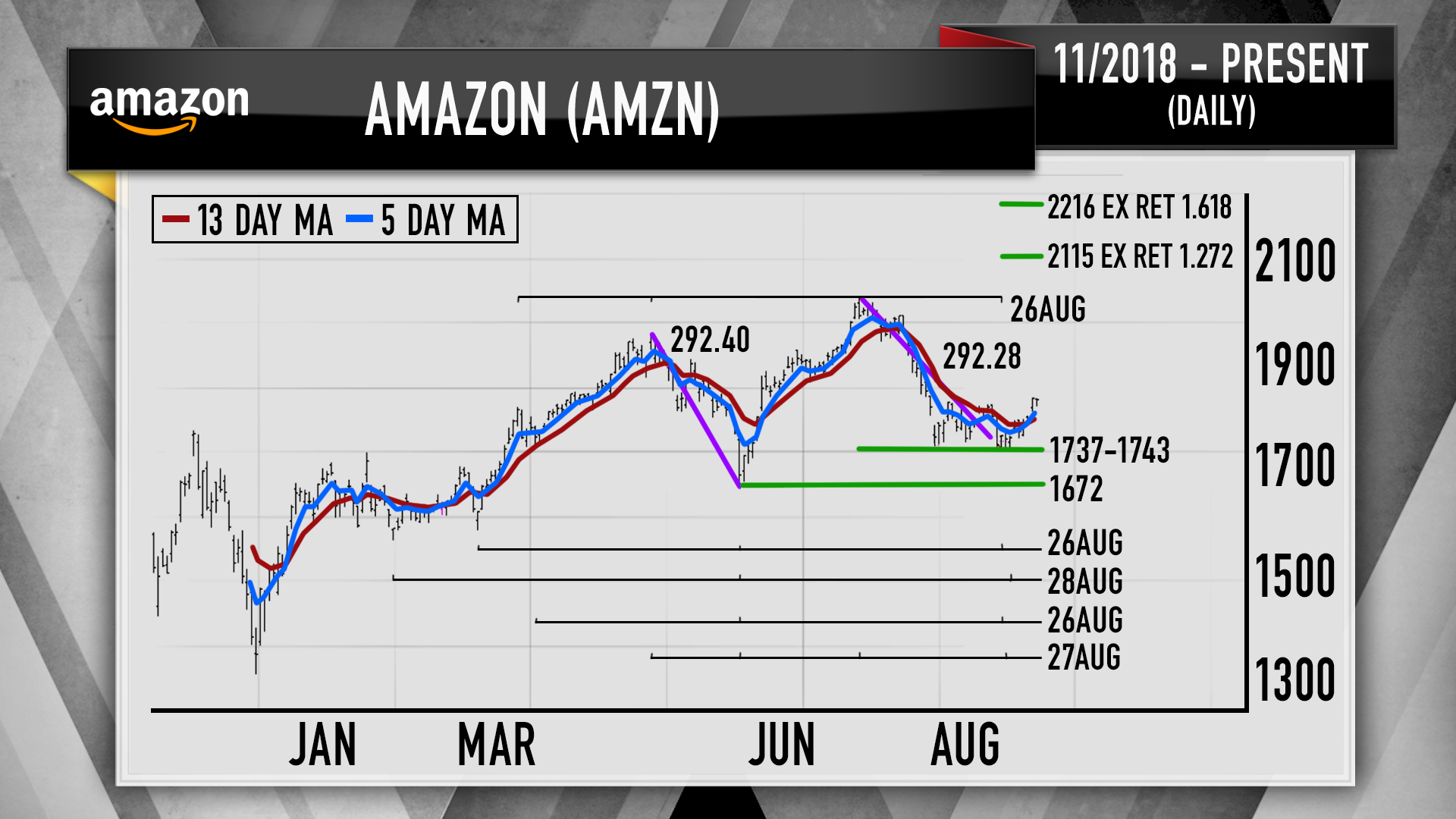 Examining Amazon’s daily chart action in the past nine months, Cramer pointed out past swings that Boroden uses to decipher possible changes in the stock’s movement. Her method of Fibonacci numbers, a repeating series of ratios, determines important levels and dates where the stock could change direction, the host continued.

Amazon’s share price suffered a 292-point decline in May and again in last week when it traded at its most-recent low of $1,743.51. The stock rebounded after the May plummet and could be ready to bounce again, according to Boroden’s analysis.

“This is a concept called symmetry: stock moves tend to terminate at similar levels,” Cramer said. “The thing about symmetry is that it very often works. You can’t make this stuff up. Yes, sometimes the market really is that unrigorous.”