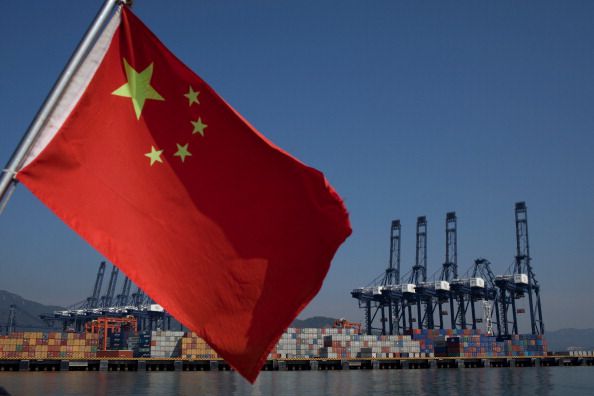 The U.S. Treasury Department officially named China a currency manipulator after the Peoples Bank of China devalued the Yuan in response to new tariffs imposed by the U.S. set to take effect on September 1st. While mostly a symbolic move, the naming opens the door for the Trump administration to consult with the International Monetary Fund to eliminate any unfair advantage China’s currency moves have given the country.

China allowed the Yuan to fall below the 7:1 Yuan to Dollar peg it has maintained since 2015 setting off a day of intense selling in global markets. In the U.S., the Dow Jones Industrial Average fell 2.9% on Monday, its worst daily decline all year.

In a statement released by the U.S. Dept. of the Treasury, the department said, “China has a long history of facilitating an undervalued currency through protracted, large-scale intervention in the foreign exchange market. In recent days, China has taken concrete steps to devalue its currency, while maintaining substantial foreign exchange reserves despite active use of such tools in the past. The context of these actions and the implausibility of China’s market stability rationale confirm that the purpose of China’s currency devaluation is to gain an unfair competitive advantage in international trade.”

U.S. Treasury Secretary Mnuchin cited the Omnibus Trade and Competitiveness Act of 1988 which requires the Secretary of the Treasury to analyze the exchange rate policies of other countries. Under Section 3004 of the Act, the Secretary must “consider whether countries manipulate the rate of exchange between their currency and the United States dollar for purposes of preventing effective balance of payments adjustments or gaining unfair competitive advantage in international trade.

This is the first time the U.S. has labeled China a currency manipulator since 1994, and comes just four months after the U.S. Treasury chose not to to make the formal designation as part of its semiannual currency report.

The U.S. Treasury uses three criteria to apply the designation:

The designation is the latest salvo in the U.S. China trade war, which has intensified in recent weeks even after the two economic powerhouses met for negotiations in Shanghai last week. As soon as those talks ended, President Trump announced via Twitter, that the U.S. would apply 10% tariffs on an additional $300 billion worth of Chinese imports on September 1st.