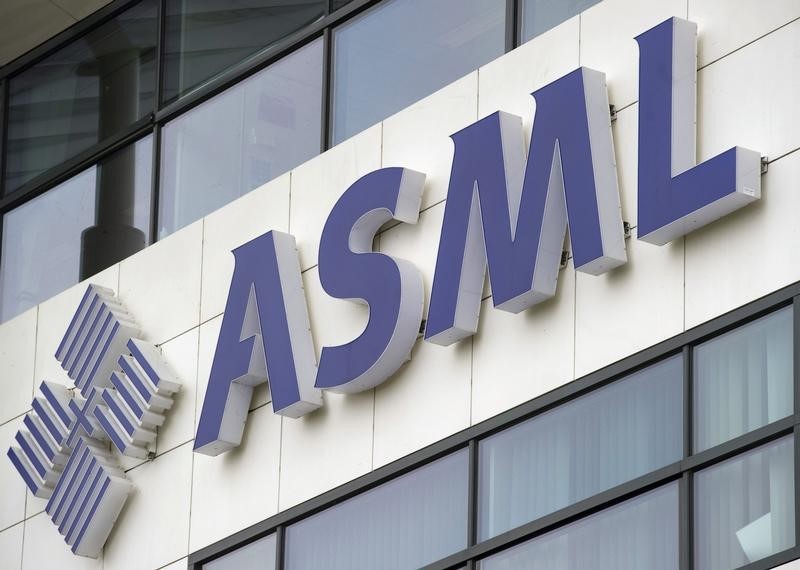 (For a live blog on European stocks, type LIVE/ in an Eikon news window)

ASML rose 3.4% and boosted the tech sector after it reported better-than-expected quarterly results and kept to its forecast of a solid growth for the rest of the year. biggest percentage loser among European sectors was the oil and gas sector , down 1.14%, as energy heavyweights BP Total gave up more than 1% after trailed gains for international benchmark on oversupply worries. O/R

The pan-European stocks benchmark was flat at 0810 GMT.

A rise in expectations of further monetary easing by central banks has helped stocks markets globally recover from a pounding in May due to concerns over global growth and the impact of U.S. President Donald Trump’s trade war with China.

In another sign that the conflict could be protracted, Trump said on Tuesday United States and China have a long way to go to strike a deal and that he could impose tariffs on an additional $325 billion worth of Chinese goods if needed. of a quick deal went out the window when negotiations broke down in May. From then on it’s quite logical to assume that it’s going to be some time before we get to a deal,” said Bert Colijn, an economist at Dutch ING bank in Amsterdam.

“The trade concerns are having an impact on the output of the industrial side in Europe and we haven’t seen a turnaround in that so far… the concerns for European markets have not faded away and are likely to stay with us for some time.”

The banking sector fell 0.4% on Wednesday, led by Swedish banks, as Handelsbanken fell on poor results, while Swedbank slipped after cutting its shareholder pay-out policy.

Swiss watchmaker Swatch rose 5% despite a 11.3% slump in first-half net profit as it anticipated “strong growth” in the second half due to easier comparisons and “continuing strong demand in most important markets”. stocks were hit by data that showed European car sales dropped 7.9% in June, led by bigger declines for Nissan , Volvo and Fiat Chrysler .

PRECIOUS-Gold steady after slide below key $1,500 level By Reuters