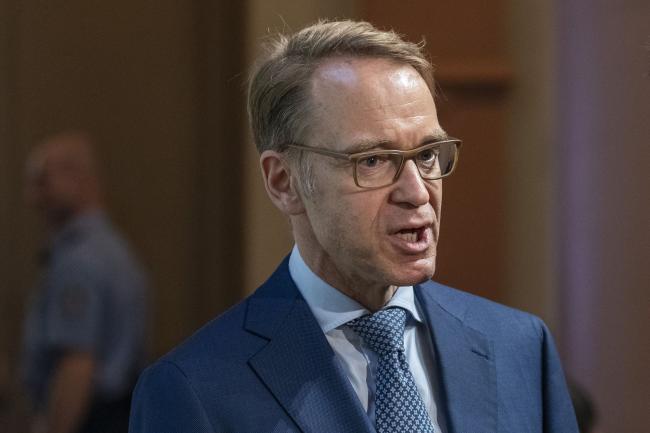 (Bloomberg) — Bundesbank President Jens Weidmann said he supports a review of the European Central Bank’s policy strategy, and repeated his oft-made warning that persistent monetary stimulus has side effects that mustn’t be ignored.

In a speech in Frankfurt, hours after ECB President Christine Lagarde said she’ll announce a review “in the near future,” Weidmann said it’s worth investigating new policy approaches that would allow officials to respond quickly in an economic downturn, while taking into account the potential costs and benefits.

“I fully agree with Christine Lagarde — the monetary-policy strategy should always evolve in a way that best serves our mandate,” Weidmann said. “Since our strategy has been in place since 2003, it may be worth collecting lessons from the financial crisis and the more recent past at the appropriate time.”

Weidmann, who sits on the ECB’s Governing Council, also discussed the advantages and limits of the central bank communicating its policy intentions — commonly referred to as forward guidance — and argued that the institution’s mandate doesn’t allow for the symmetric approach to inflation targeting advocated by some officials.

He warned against committing to hold interest rates lower for longer than implied by its goal, allowing consumer-price growth to overshoot, as policy makers will have to renege on their promise eventually once it accelerates. He said such an approach wouldn’t be in line with the ECB’s goal of keeping inflation “below, but close to, 2%” and may pose communication challenges and credibility risks.

“Furthermore, after a long period of low interest rates, holding interest rates lower for even longer would aggravate the risks and side effects of a very expansionary monetary policy,” he said.

The risks arising from financial imbalances is a topic of increasing concern — something the ECB alluded to in its Financial Stability Review this week.

The Bundesbank head pointed to the burden negative rates place on banks that primarily generate their income from deposit-taking and lending. The impact of the ECB’s new tiering policy that exempts some deposits from the charge “is likely to be perceptible, but modest,” yet the indirect effects for institutions engaged in maturity transformation and the flat yield curve matter more.

Turning to the German economy, Weidmann noted that the country avoided slipping into a technical recession this year, and pointed to “first tentative signs” that the downturn in its export-oriented industry could level off. Data earlier in the day showed that private and public spending, along with exports, steered Europe’s largest economy to a slight expansion last quarter.

Still, euro-area figures showed worrying signs that the region’s manufacturing slump, in which Germany has been worst-hit, might be spreading to the services sector. Weidmann was less pessimistic, but echoed Lagarde and other colleagues at the ECB in saying politicians should do more to promote growth.

“Near the effective lower bound of interest rates, fiscal policy is less at risk of crowding out private demand,” he said. “This makes it a potentially powerful instrument if economic developments were to take a marked turn for the worse — which, just to be clear, is not what is generally expected.”